Raised in Elkhart, Brian E. Smith’s love of the outdoors was kindled on the banks of nearby Cobus Creek, the storied St. Joseph River 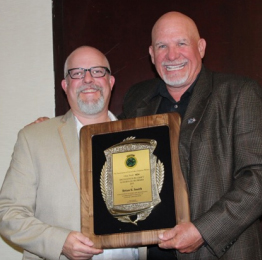 and at the historic Elkhart Conservation Club, where he and brother Mark were self-proclaimed honorary junior members – incessantly pestering the members until they agreed to teach them to “tie that fly”, “build that arrow shaft” or, eventually, take them hunting and fishing.

Upon graduation from Ball State University’s College of Architecture and Planning in 1992, Brian began his outdoor communications career when he and Mark founded Raghorn Incorporated and their cornerstone publication, Raghorn News Outdoors, renamed Raghorn’s Indiana Outdoor News five years later. Fighting through adversity and naysayers with tenacity and creativity, Brian would grow ION into one of the largest outdoor news publications in the Midwest. 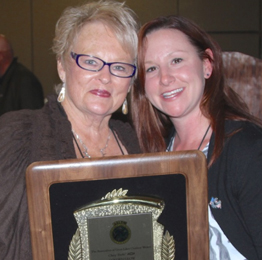 resource conservation, to broadcasting and writing about the outdoors and to promoting youth and women’s participation in the outdoors to preserve South Dakota’s heritage and traditions, Berdette Zastrow always had, and still has, South Dakota’s best interests at heart.

Zastrow was appointed by four governors and worked with five while serving the state on the Agriculture Marketing Commission, Board of Water and Natural Resources and the Game, Fish and Parks Commission. She has received prestigious awards from her peers, including the Governor’s Conservationist of the Year Award from the South Dakota Wildlife Federation for her work in conservation, her broadcasting and writing careers and for the promotion of youth and women in the outdoors. She also authored a book, Woman’s Guide to Hunting.